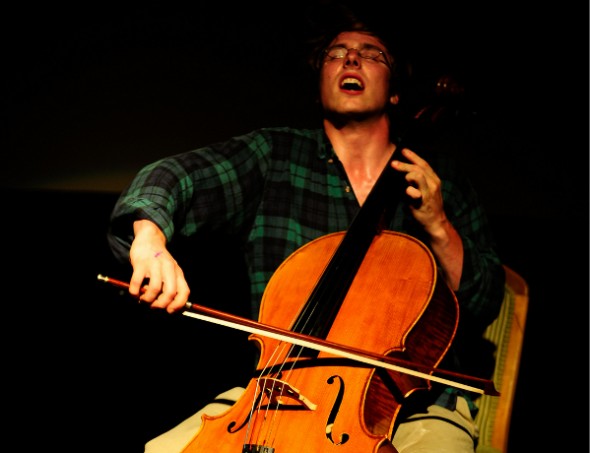 These two solo performances were recorded August 5th, 2012 for a show also featuring Ypsmael and Lawrence Crow. Episode 98 will feature those performances.

A native of Buffalo, Steven Dunning is a Nashville-based violinist who has performed with the Huntsville Symphony, the Amherst Chamber Ensembles, and Country Music Hall-of-Famer Ray Price. He last appeared on Theatre Intangible episode 81: Ghost in the Hollow. Thanks for listening!