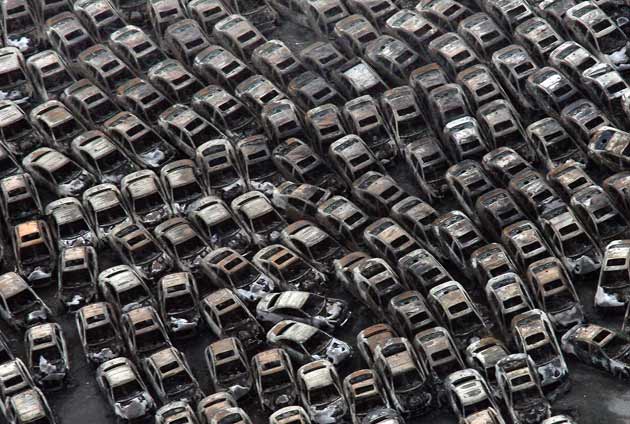 On June 11th, I performed my contribution to the JAPAN 2010 2011 show at Scarritt Bennett Center’s Gallery F live during the opening reception. I’ll be editing and reworking the show for a future Theatre Intangible episode. For now, I thought you might enjoy hearing the untouched original version. Rhendi Greenwell (cello) and Virgile Ganne (harp) played earlier in the night, and they were kind enough to take part in the performance. Forecasting is infinitely better for their input.

My piece is playing on continual loop at Gallery F until August 20th. If you have time, check out the show. The videos, photographs, sculptures, and paintings are some of the best I’ve seen at the gallery.

The depth of the devastation wrought by the earthquake and tsunami in Japan hadn’t truly reached me until I began culling sound bites for this performance. Instead of a nation in crisis, here was one man crying in his apartment as bookcases fell around him — one American college student in Japan video-blogging about the scores of American-friendly “junkfood” remaining on the shelves after the other food was picked clean – or one devastated soy sauce business owner who faced a 5 year re-fermentation period before his product could be sold again.In my juxtapositions, you’ll see I am critical of nuclear energy; however, I am not against the power source. My true target is certainty. Beware those who are sure. Before the earthquake, many intelligent people were certain that nuclear power was safe. Many were scientists who were well-equipped with tools to compensate for certainty and other human biases. Nuclear energy WAS safe . . . as long as the world behaved as we expected it to. They failed to imagine the set of circumstances that played out in the Japanese reactors. If there is a lesson to be learned, it is this: We should explore new technologies, carefully weigh the costs and benefits against other methods, and proceed cautiously with great respect for that which we fail to take into account.

Tony Youngblood (Adventure Bomb) creates sound sculptures using field recordings, media clips, and samples culled from the day of the performance. The “scoop and loop” process weaves a one-time-only tapestry with no rehearsal. The result is raw, unrefined, and “of-the-moment.” The sound sculpture on exhibit was performed live at the opening reception on Saturday, June 11th and features Rhendi Greenwell on cello and Virgile Ganne on harp. You can hear more sculptures and live improvs at Tony’s experimental music podcast Theatre Intangible (http://www.theatreintangible.com).