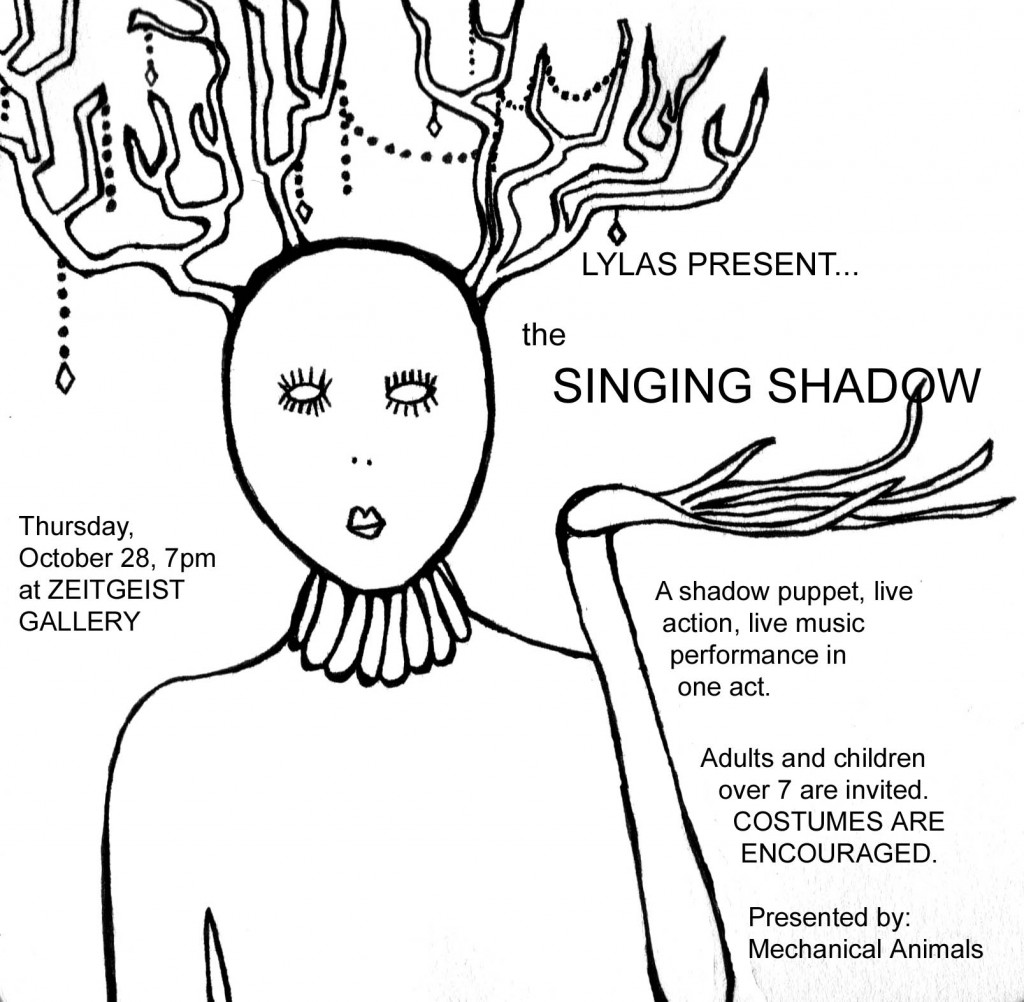 You may recall the really stellar improv we did a few weeks back with Kyle and Kelli Shay from the wonderful band Lylas. Tonight, they’re presenting an experimental puppet show at one of my favorite art spaces in Nashville: Zeitgeist Gallery. This is a rare opportunity and not to be missed. Press release and video below:

Nashville band, LYLAS, in conjunction with puppeteer and puppet-maker, Adrian Rose (of the Nashville Public Library’s Wishing Chair Productions and the Mechanical Animals Puppet Caravan) presents the premiere of their musical shadow puppet piece, The Singing Shadow.  Through live music, live action, and the magic of shadow puppetry, the piece tells the story of The Singing Shadow, a wayward creature of the night who stumbles into Halloween, where he encounters a world of bizarre creatures led by the stately Miss Halloween.

The 15 minute piece incorporates live music written and performed by longtime Nashville band, LYLAS, and video animation by local filmmakers Ben Marcantel and Kelli Shay Hix.  The show is recommended for adults and for children over 7 years of age, and will be followed by a question and answer session and a short chat on shadow puppetry and its history.  Costumes are encouraged!