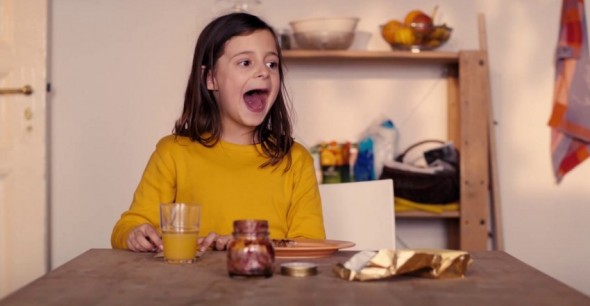 Lately, I’ve been neglectful of the amazing film series the Light and Sound Machine hosted by Third Man Records and curated by the Belcourt‘s James Cathcart. Rest assured, whether I post about it or not, every entry is worth attending.

Tonight’s screening of The Strange Little Cat is no exception. The Belcourt page has the details:

In the hands of masters like Jacques Tati, Lucrecia Martel, and Chantal Akerman, cinema that at first appears to merely observe and record is in fact masking intricately constructed commentaries, built from seemingly mundane experiences. In the case of The Strange Little Cat, an extended family-dinner gathering becomes an exquisitely layered confection ready for writer-director Ramon Zürcher’s razor-sharp slicing. A mother desperately trying not to implode and her youngest daughter who explodes constantly form poles between which sons and daughters, aunts and uncles, cats and cousins weave in and around each other in the tight domestic space of a middle-class Berlin flat. Fans of Béla Tarr and Franz Kafka will find much to love, as will devotees of The Berlin School, of which this film represents a third-generation evolution. A comedic examination of the everyday that has been captivating audiences since its premiere at the 2013 Berlin Film Festival. -New Directors New Films 2014

SECURITY SPACE | Mika Agari & David King, USA, 2014, 3 min., NR, HD
A performance piece utilizing surveillance screens as formal devices within commercial spaces. I wanted to insert myself into the recorded space and call attention to the constant gaze of the security camera and how it functions as a two-way mirror.

WALMART | Mika Agari, USA, 2013, 3 min., NR, HD
A video installation using an advertisement screen in a Walmart. It is an attempt to subvert the purposes of the advertisement which sells an idealized product and lifestyle by replacing it with a video of myself recorded in a private, domestic space.

As a part of Company H, Agari is also helping organize a video art exhibition at Track One tomorrow. I wrote about it here. Catch both shows and make it an experimental film weekend.