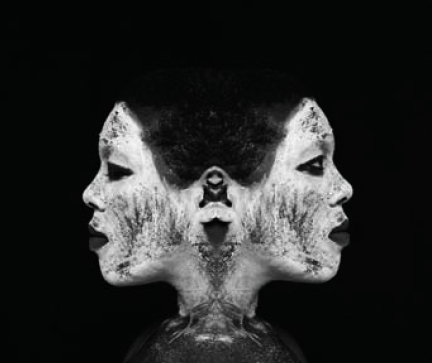 Friends of Theatre Intangible Sabine Schlunk and Patricia Earnhardt (both featured artists of last year’s Circuit Benders Ball) are co-curating a new show at Gallery F, opening tomorrow evening. Don’t miss this one! The show is The Contemporary Frequency: Women In Today’s Arts, and it features six amazing artists, two of which have played on Theatre Intangible.

We celebrate women with inspired works of the present, reflecting on both the past and the future. Six female artists explore the complexity of women’s roles as creative beings. Their art includes installations, performance, painting, video, sound art, and photography that relates to the traditional women’s work of yesterday and the infinite possibilities of tomorrow.

Artist Rhendi Greenwell has appeared on numerous T.I. episodes, including many not yet released. Her most recent episode is last week’s Elements show, which she is incorporating into her Gallery F installation.

The show also features new work by Circuit Benders’ Ball co-organizer Megan Kelley as well as work by Sierra Mitchell, Jessica Wohl, and Michelle Lewis. The opening will feature performances by some of the artists. This is an amazing gallery opening, and you owe it to yourself to be there. Gallery opens February 26th at 6. Performances start at 7.

INTERNATIONAL WOMEN’S DAY FETE Mar 8 @ 7p
A fun, interactive evening featuring a series of art performance installations by the artists of the show and others

CURATED BY the artists with Sabine Schlunk and Patricia Earnhardt