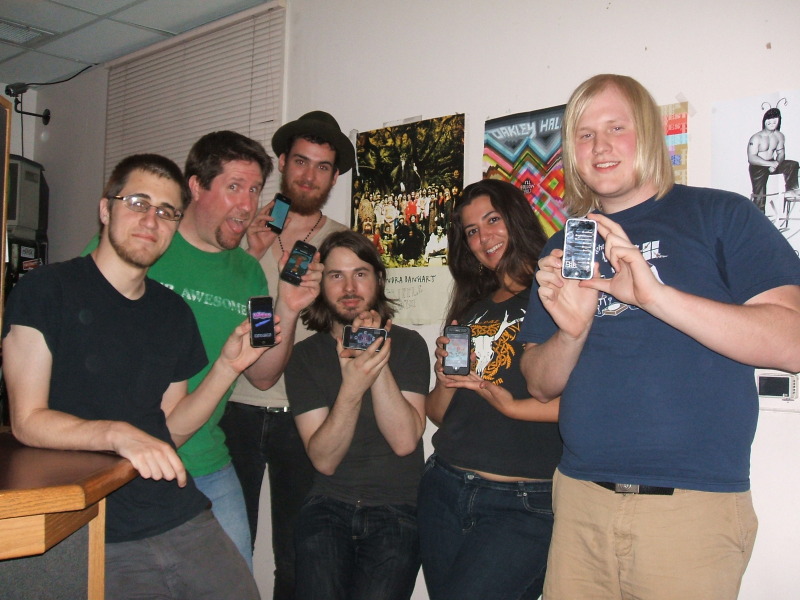 Maybe it’s because I cracked my iPhone screen today. Maybe it’s because of that viral video with the band Atomic Tom playing an all-iPhone song on a New York subway. Whatever the reason, tonight’s episode is podcast 40, “I, Phone,” an improv made entirely with iPhones, recorded live at the WRVU studios on April 26th, 2009. That’s right, folks. We did it a year and a half ago.