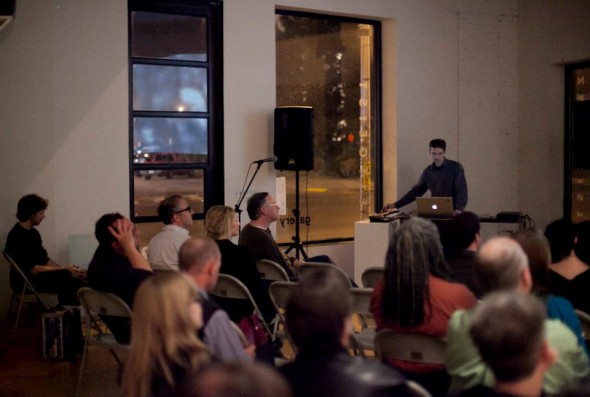 John Latartara is associate professor of music theory and music technology at the University of Mississippi and a composer who specializes in the use of computer technology to create music. He has music released on the Centaur, Sachimay, and Visceral Media record labels.

The piece he performed at Zeitgeist deals with the issues of God, Transience, and Death. John combined interviews he conducted and otherworldly-sounds generated on his laptop. You can see an excerpt of the performance in the video below. The piece is the basis for a new album he’s currently working on. During the performance, John projected video art by his college at Ole Miss, Brooke White. Thanks for listening!