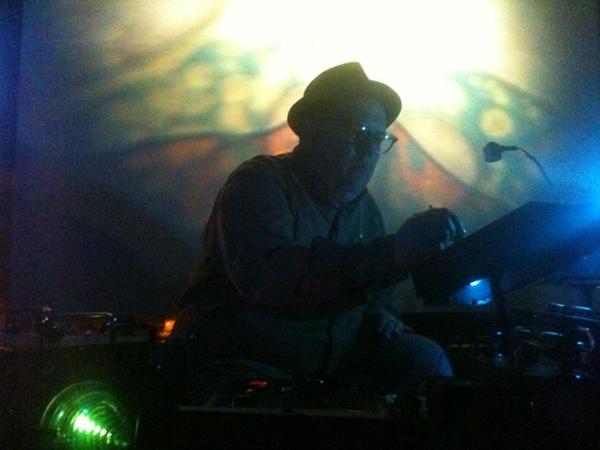 Circuit bender, maker of esoteric and anachronistic musical devices, ambient experimental musician, and one of my favorite artists TIM KAISER is performing at Gallery F on Monday, October 10th as a part of their exhibit Figure 1: Scientists and Artists Picture the Intangible. Watch a video of Tim at the 2010 Circuit Benders’ Ball at the end of the post.

Tim Kaiser has been producing experimental art at various venues for the past 30 years. His video, installation and performance art projects have been presented in Germany, Brazil, Sweden, Hong Kong, Cuba, Canada, Philadelphia, New York and Chicago.Tim has toured his live musical performances throughout the US including New York, Chicago, Washington DC, Philadelphia, Detroit, Tulsa, Pittsburgh, Cincinnati, Baltimore, Providence, Columbus, Asheville, Portland, St.Louis, Nashville and Duluth (the hardest gig to get!)

Jeremy Walker is a Murfreesboro based artist who combines circuit-bent instruments with analogue and digital technology. His explorations in sound present a synthesis between order and chaos through rhythmic, textural drones.

Santa’s Workshop is an experimental improv duo featuring Jeremy Bennett on the computer and Grant Parker on electric guitar. They create a form of ambient noise using guitar feedback and realtime sample manipulation. Their sound is raw, ominous and dynamic.