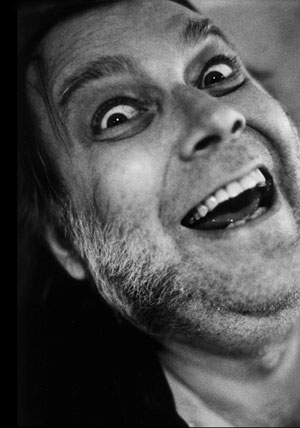 Given the recent press we received from Nashville Cream about the show that got us kicked off WRVU — Get It On With Dave Cloud, I thought it timely to release it as a podcast.  You can find out more about the controversy at this previous post.

Featuring a band comprised of some of Nashville’s most talented players, Get It On With Dave Cloud sounds lush and bristles with detail.  Dispensing with our usual arhythmic soup, the idea here was to create jilted lounge music that conversed with Dave’s dialogue.  The band provided that, and in spades.  I only wish we picked a different mic for Dave to speak into.  WRVU Studio Mic 4 has a tendency to distort and Dave Cloud has a tendency to talk loud.  (I warned Jim Hayes about that mic before.  Am I the only dj that notices these kinds of things?)  Still, the slight distortion in Dave’s voice kind of works in a strange way.

For an hour and eight minutes (I just couldn’t whittle it down to one hour), Dave Cloud flirts with callers, reads from dirty magazines, takes long smoke breaks, and espouses his wisdom.  I’m quite proud of this episode, and it makes a fine sendoff to WRVU.  In a weird way, this episode is responsible for this blog and podcast.  If we hadn’t made Get It On, we still might be on WRVU.  If we were still on WRVU, I probably wouldn’t have invested the time in learning how to podcast.

This episode was an absolute blast to create (although lugging Joe Hudson’s Fender Rhodes into the studio was no easy feat!)  Participants include Charlie Rauh on guitar, Craig Schenker on saxophone, Joe Hudson on Fender Rhodes, Robert Carter aka Bobobobobob on analog synthesizer, Randy Hunt on stand-up bass, Melody Holt on various sounds (plus she’s one of the callers), and the legendary Dave Cloud on voice.  I engineered and did the live mixing.  Dave received calls from show regular pimpdaddysupreme and swarms of naked, nubile women.  Enjoy.

Excerpts from Dave Cloud’s bio: “By day a volunteer book reader for the blind, Cloud undergoes a transformation at night, and for over three decades has entertained patrons of local dive bar Springwater, often with his band The Gospel of Power. (Tony’s note: And also his band Cavalcade of Shit, featuring ~Ore~ players Joe Hudson and Charlie Rauh) Cloud’s unpredictable performances can be uproarious, jaw-droppingly bizarre events, delighting some while frightening others. His music—an amalgam of experimental garage rock and lounge crooning—defies easy categorization, but his delivery makes the experience hard to forget.Cloud has appeared in several films, videos, and television programs, including Harmony Korine’s films Gummo and Trash Humpers.”