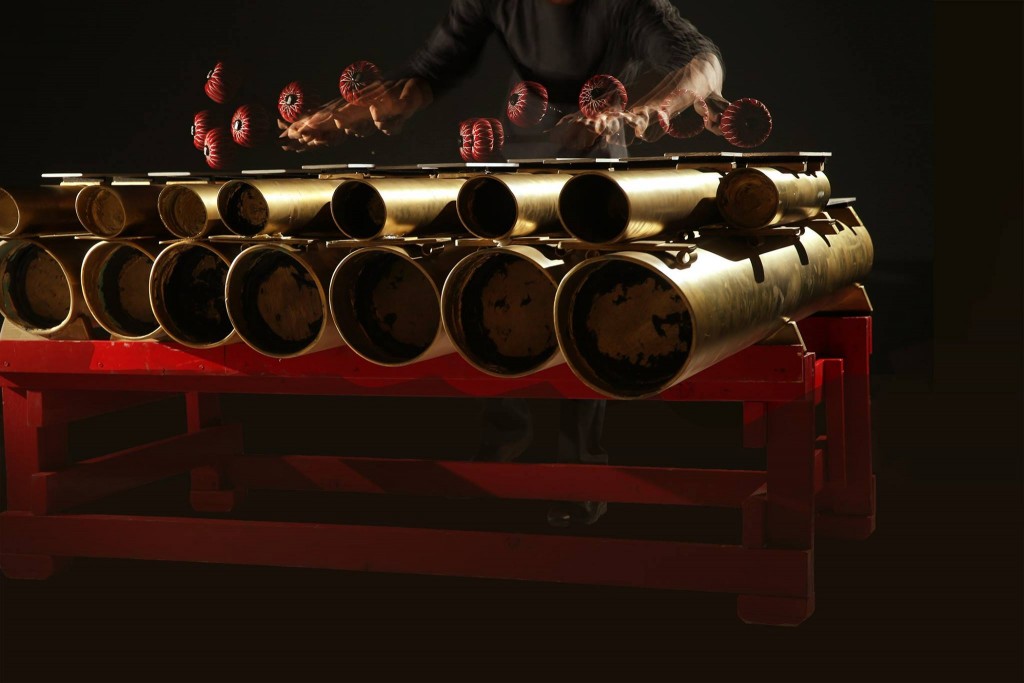 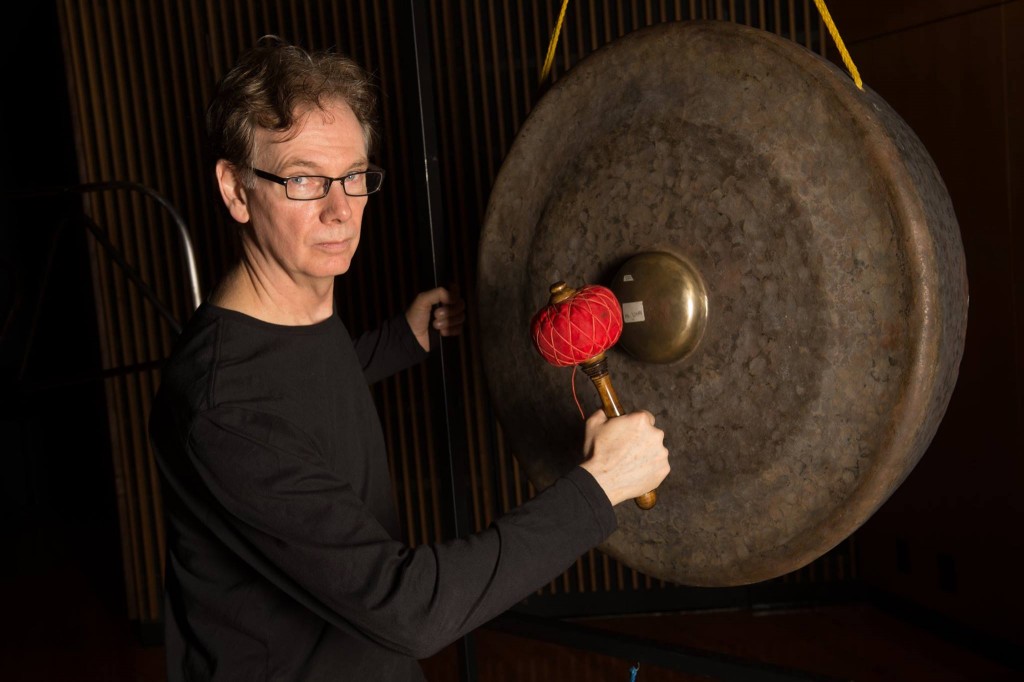 Blair School of Music‘s VORTEX percussion ensemble is one of the most vital group of artists working in Nashville today. Under the leadership of Artistic Director Michael Holland, VORTEX put on the brilliant John Cage Centennial Celebration earlier this year. Next year’s equivalent celebration, the Southeastern United States Premiere of George Antheil’s restored original Ballet Mecanique, promises to be the most ambitious daylong event Blair School has ever presented. Three words: 16 player pianos!

But it’s the Sunday evening VORTEX performance that has me presently excited: the Nashville premiere of Michael Gordon‘s “Timber.”

The 2011 composition is written for six percussionists, each playing a different length of simantra, a Greek instrument used in liturgical services. Avant-garde composer Iannis Xenakis used simantras in his 1969 work Persephassa. A simantra is essentially a wood block struck with a mallet, and in fact, Timber employs six different lengths of 2X4 wood.

Yes. VORTEX will be banging 2X4s.

But don’t let the novelty of the composition fool you into believing it lacks substance. On the contrary, the use of the specific lengths of 2X4 yield a complex tonal habitat. Michael McCurdy, percussionist for Mantra Percussion, the group that premiered “Timber” in the U.S., had this to say:

One of the most intriguing things about these instruments is the vast harmonic spectrum that exists in each one of these 2X4s. It’s not like a marimba or a xylophone bar where the fundamental pitch is something that is the prime feature of the sound. And these 2X4s . . . what we find is that the harmonic spectrum and all of the interaction that the frequencies have with one another actually contributes to the music itself. It’s almost as the sound is moving around the ensemble and it’s projected out into the performance space, it’s almost like an angelic chorus that’s behind the sound that comes from the harmonics in each one of these 2X4s. And really that’s one of the most amazing features of this piece.

I pulled that quote from the following video. It’s a great introduction to the piece, and I recommend you check it out.

…one of the things that makes “Timber’’ so compulsively listenable is the way Gordon structures each player’s crescendos and decrescendos, creating waves of sound in the performance space. Contact microphones are attached to each simantra, to bring out the overtones in each instrument. The changes in timbre and rhythmic pattern are so subtle that they seem more like natural occurrences than conscious decisions on the part of composer and performers.

It is to Michael Holland and VORTEX’s great credit that they sought out a new composition that’s innovative, challenging, and rich in texture. I can’t wait to hear how the harmonics interact with Blair’s intimate Turner Hall. The Sunday event is a must-see. Don’t miss it!