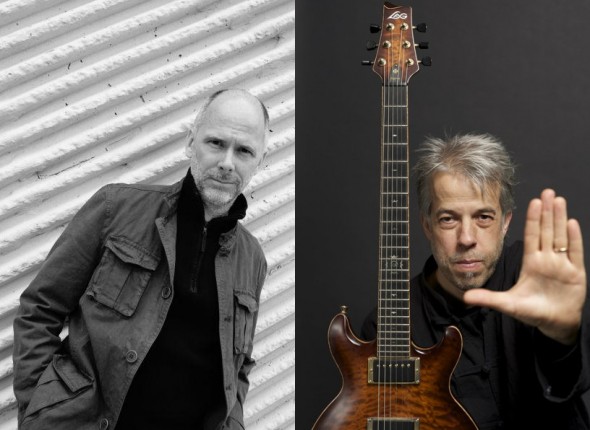 This Sunday, Zeitgeist Gallery will premiere the first Indeterminacies in their new NoHo (NOrth of HOuston St.) building at 516 Hagan Street. (Technically Zeitgeist is just south of Houston, a stone’s throw from Noa Noa/Theatre Intangible Studios.)

Here are the details from the Facebook event page:

As part of the evening’s program, Robert will be joined by the Fran Zinder’s Ma’anshan No.2 Middle School class via internet video feed for a cross cultural, improvisational set featuring music by Robert mixed into the poetry, prose and songs presented by young Chinese students half a world away. Officials from the Natl. Committee on US-Chinese Relations and the US Consulate in Beijing will be joining us, again via internet link, for this performance.

Here’s a link to the school in Google Maps.

Robert Bond is a recording artist, producer and composer whose career has spanned continents and musical genres. He is a graduate of Indiana University School of Music where he studied both jazz and classical music. While at IU, he also studied table drumming, including a master class with Ustad Alla Rakha, the legendary accompanist of Ravi Shankar.

Working to empower the next generation of musicians, Robert has taught at Lavelle School for the Blink in New York, for M.Y. Young Audiences, as artist in residence for Fundacio “la Caixa” in Spain, for the Osher Lifelong learning Institute at Vanderbilt University, and as Adjunct Professor at Blair School of Music at Vanderbilt, teaching recording skills and studio performance.

Robert founded a learning platform in technical, performance and business skills for young musicians called The Total Artist Concept. Creative producing concepts, audio engineering and technology, studio performance and critical listening, along with business and relationships are explored in an intensive workshop setting.

His first solo recording, Moving Pictures, appeared in 1995; it was followed by 1996’sInner Voices (which contained the radio hit “Lights of the City”), 1998’sJazzberry Pie, and 1999’s Among Friends. Jiosa’s music has proven especially popular with new adult contemporary and smooth jazz radio formats.

In June of last year, Fran Zinder was recruited by the National Committee on United States – China Relations. She accepted placement at #2 Middle School in Ma’anshan, Anhaui, China. She teaches English and American Culture to Senior 1, 2, and 3, which correspond to U.S. 10th, 11th and 12th grades. In addition to her teaching duties at #2 Middle School, Ms. Zinder participates at the school with Chinese teachers in a dance classes, regularly assists Chinese English teachers and is a debate coach, working with students several hours every school night to prepare for the national debate competition at the end of April. Ms. Zinder takes Chinese painting classes twice a week at a local university, and is a volunteer at the Ma’anshan Senior Center. Welcomed into the city with banquet invitations from the mayor of Ma’anshn, high-ranking government officials and city business leaders, she felt she had truly “arrived” when she saw herself on the advertising video that plays on the city buses.