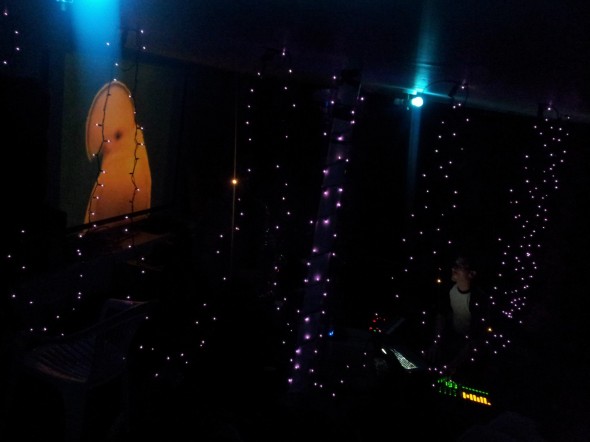 Lyrebird is an experimental improv duo featuring Jeremy Bennett on electronics and Craig Schenker on saxophone and flute. Jeremy takes samples of Craig’s live sounds and weaves them into ever-evolving loops, which also feature field recordings and electronic synthesis. Craig then improvises new parts over Jeremy’s creations. We recorded this session in several short improvs. I later reordered the improvs and performed a bit of editing. You can hear the unedited sessions at the band’s Soundcloud page.

Lyrebird performed live at Noa Noa a month and a half after this podcast was recorded, and I’m including that performance as a free download. Download the live set here. 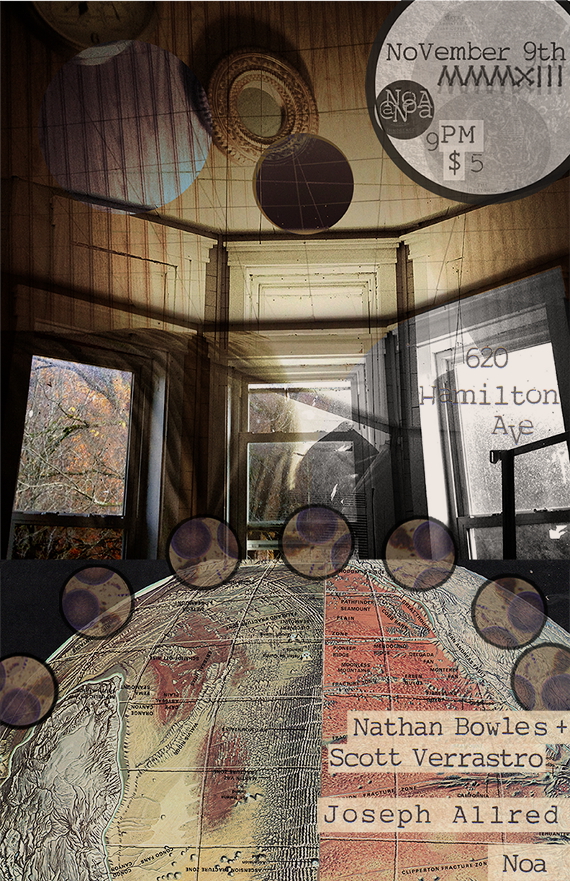 For this tour, they’re combining forces as an experimental improv percussion duo. If the songs from their new album Polar Satellites are any measure, the show at Noa Noa is a can’t-miss evening of music.

Noa is an improvising musician and multi-instrumentalist, performing on woodwinds, various percussion instruments, hurdy gurdy and other instruments. She will improvise with Chris Davis (The Cherry Blossoms).

More info on the Facebook event page. I hope to see you at the show!

Special thanks to Yazoo Brewing Company for providing the beverages.

All of the performers at the last Noa Noa experimental show are techheads. So when Pimpdaddysupreme informed me that Vine, the 6-second video app from Twitter,  had just been released on Android devices, I hurriedly downloaded it and Vined away. So did Shane, Matt, Aric, and Mara. With all this media lurking about, I decided to make a repository.